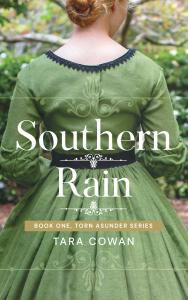 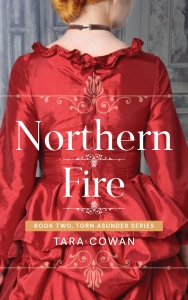 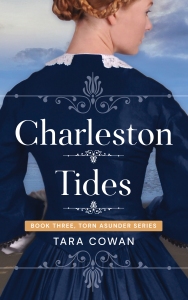 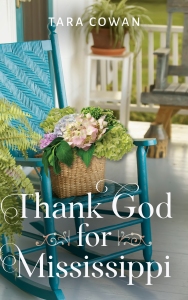 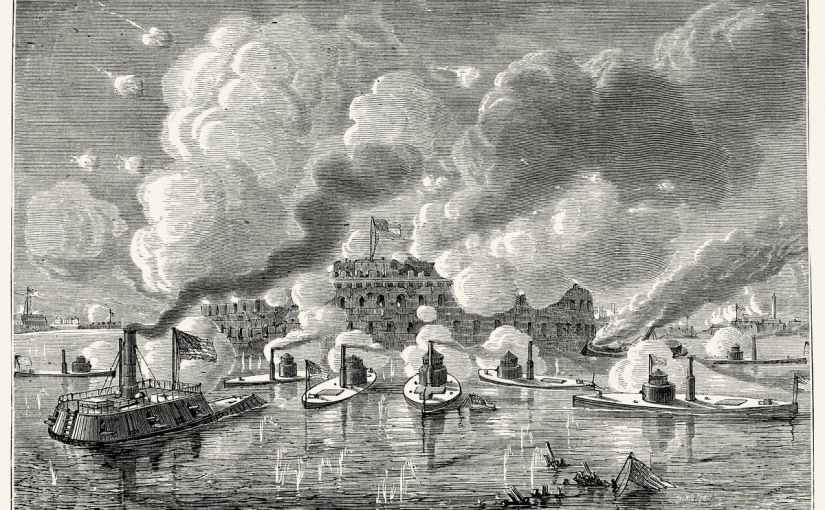 History Behind the Story #5: The Fall of Charleston

THE HISTORY:  Since the Jacksonian days of John C. Calhoun, South Carolina and Charleston, specifically, were known as the “cradle of rebellion” or the “hotbed of secession.”  Many in the Union states felt that there would have been no war if the people of Charleston hadn’t agitated for one.  Charleston was blamed primarily for three things:

We could have a discussion of whether it was entirely fair to pin these things primarily on one city.  I could make an argument that Charleston was deeply involved in agitating for secession, and I could also make a counterargument that there were a lot of other factors at play.  But what really matters is what people thought during the era, and Charleston was a sort of target for propaganda.

Charleston wasn’t, psychologically speaking, a great place to be during the Civil War, enslaved or free.  The city was so heavily guarded that it didn’t fall until late in the war.  Therefore, the Emancipation Proclamation had no practical effect for enslaved people within the city; slavery remained status quo.  I imagine that must have led to feelings of desperation.   Not only this, but with South Carolina having a majority black population, many feared uprisings.  Sanctions were tightened and freedoms limited.  On the eve of war, many Charleston residents sent their slaves out of the city, selling them or sending them to other properties, to prevent uprisings.  This was the sort of action taken by owners that led to familial separations and uncertainties among enslaved communities.

For the citizens of Charleston, there were a lot of concerning threats to Charleston in Northern newspapers.  I was surprised when I read a report calling for a “holocaust of Charleston.”  I had actually thought the word was coined during WWII to describe Nazi actions against Jewish people, but it is actually a Middle English word.  The definition of holocaust is: “destruction or slaughter on a mass scale, especially caused by fire.”[1]  So this was the language of genocide against a city.  This is pretty heavy stuff for the Civil War, or for any civil war.  It could probably make you a bit on-edge.

Then, to top it off, Confederate President Jefferson Davis took the stance that it would be better for Charleston to be reduced to “a heap of ruins” than surrender.  So as a civilian, slave or free, you know you are in a strategically important city that the government is going to try to protect but that will be a sort of last holdout which may functionally be a shell by the end of the war.

Charleston became a real challenge for the Union, militarily speaking.  The guns on the ironclad ships of the Union Navy made the old fort system that America had used to protect port cities more or less obsolete.  But there was one exception to this: Charleston.  Due to the geography and the heavy fortifications of Forts Sumter and Moultrie, the Union Navy never did break through those Confederate-manned forts until the Army broke into Charleston from behind on land just two months before Lee’s surrender at Appomattox.

Charleston was one of the first targets in the war.  I’ll briefly go through failed Union attempts before we get to the final Union success.

Fort Sumter began the war with Beauregard taking the fort fairly easily from the U.S. military, which had not been sufficiently reinforced.  The Battle of Port Royal, a fort versus naval battle, resulted in a Union victory and the fall of most of the Sea Islands between Savannah and Charleston.[2]  Most of the white population evacuated the area.  The battle and the evacuation led to what has been called “The Port Royal Experiment,” during which the former enslaved people on the islands operated the plantations on their own.[3]

After this, the Union sort of failed to “follow up” on the victory.  There were a few other attempts to take Charleston.  One was the Battle of Secessionville on June 16, 1862.  Secessionville was an Army rather than Navy endeavor.  Basically, the Confederates repulsed the Union attack, and the Union evacuated James Island (which is very close to Charleston).

Other than these attempts, the most important one included the continual bombardments of the city and its forts by the Union Navy.  These were never successful, but Charleston was indeed slowly being reduced to rubble during the 587-day bombardment.  Other amphibious and land attacks were planned or attempted, but they were always repulsed until late in the war.

Charleston officially fell on February 18, 1865.  So what eventually caused the fall?  It was late in the war, so Confederate resources were tapped out.  When Sherman executed his famous march from Atlanta to Savannah, he showed what the Union military was capable of doing: basically, that there was no “interior” of the Confederacy anymore and that he could go anywhere he wanted.  He threatened to raze the city of Charleston during his march.  “Raze,” again, is a word with connotations of total destruction.

Three days before the fall, Beauregard ordered an evacuation of Confederate troops from Charleston.  So as a civilian, this is your worst nightmare: a city that is the last holdout that has finally been abandoned by the military.  Civilians were left alone to deal with the aftermath, and the mayor surrendered the city.  That has always been an interesting concept for me.  A mayor is by nature a civilian, not a military person.  One tends to think of military officers or generals surrendering cities, but this was something that happened all over the South, an elected official having to become a quasi-military ruler and take the white flag out to the opposing army.

Union troops moved in, the first soldiers entering the city being United States Colored Troops of the 54th Massachusetts and the 21st Infantry.  There is some fascinating history surrounding what happened among the freedmen in Charleston in the year after its fall.  I don’t want to give anything away for Book 3 in the Torn Asunder Series, Charleston Tides, however, so that will be covered in a History Behind the Story article for that book.

So was there a holocaust of Charleston?  Yes and no.  Basically, you could argue that between the bombardments, the Fire of 1861, the blockades, inflation, and starvation, Charleston was already on its knees before it ever fell.  Witnesses compared Charleston to Pompeii. There were lots of homes of prominent people burned.  You can see that when you visit Charleston’s plantation district on Ashley River Road.  But there wasn’t a holocaust in the since that people burned in their homes or the entire city was bombed, as the rhetoric had threatened.  Why was that, given the threats?

I speculate that Columbia has something to do with it.  South Carolina’s capitol was overtaken just before Charleston.  A good portion of the city burned, and there are ongoing arguments about whether it was burned by Confederates or Federals.  It seems like there is more evidence that the retreating Confederates burned buildings in an attempt to destroy war materiel.  In any event, there does seem to have been a lot of looting and violence in Columbia.

All of this is to say, if vengeance was really wanted against a South Carolinian city, it was had in Columbia.  And then imagine you get to a city, Charleston, that’s already reduced to a heap of rubble.  There wasn’t much left to destroy in Charleston.  Plus, surrendering cities always fared better under Sherman if they actually surrendered than if his army overtook them.  His philosophy was that all he really wanted was their surrender.

I depicted a brutal take-over scene at Santarella in Northern Fire.  Santarella was envisioned as being on an island really near to Charleston.  Its fall happened a few months previous to Charleston’s fall, so it wasn’t part of the overall take-over of Charleston.  Everything I depicted[4] was based on actual stories of things that happened during overtaking raids – houses looted and burned, huge trees felled, people shot, land and property confiscated.  Many historians say that if the brutality of Sherman’s March through Georgia has been somewhat overstated, it has probably been understated in relation to the march through the Carolinas.  South Carolina, in general, greatly suffered during the war.  These stories are complicated, though.  You probably noticed in Northern Fire that the take-over of Santarella wasn’t purely a story of destruction; the Union soldiers also liberated hundreds of people who were held in bondage.

PERSONAL SPOTLIGHT: Mary Chesnut, a South Carolinian woman, kept a diary which historians have called one of the most important works of the Civil War.  Her observations of the Confederacy were obviously limited by the times in which she lived, but she is thought to depict powerfully all levels of society and the intricacies of Southern culture.  Here is what was recorded in her diary the day she learned Charleston had fallen:

“Charleston and Wilmington—surrendered. I have no further use for a newspaper. I never want to see another one as long as I live. . . . Shame, disgrace, beggary, all have come at once, and all are hard to bear—the grand smash!…

Rain, rain, outside, and naught but drowning floods of tears inside.”[5]

These are photographs of Charleston’s ruins after the war.  A great deal of what you see was caused by the Charleston Fire of 1861. Just take a moment to notice little details in the photos, things that give you a window into the past.

FOOD FOR THOUGHT: These were the words of General Sherman about Charleston:

“I doubt any city was ever more terribly punished than Charleston, but as her people had for years been agitating for war and discord, and had finally inaugurated the Civil War, the judgment of the world will be that Charleston deserved the fate that befell her.”

This is an interesting statement, eloquent and involving both sympathy and ruthlessness.  Did history prove him right?  What do you think?  He seems to include natural disasters, spontaneous fires, and acts of the Union military in the word “punishment,” indicating that he believed Charleston’s ultimate destruction was a culmination of fate.  Do we still think of disasters and destruction like this today?

This is the final History Behind the Story post for Northern Fire!  It has been a pleasure to be on this journey with you!  Thanks to all who have taken the ride.  I plan to write a similar series of articles for Charleston Tides, which will release late this autumn.

[1] Oxford English.  The definition says: “by fire or nuclear war.”  It has been modernized to include modern technology.  I think just “fire” is more appropriate in the historical context.  The interesting thing was that a good portion of Charleston was destroyed by fire without intervention of the Union military.  See “History Behind the Story #1: The Charleston Fire of 1861” on this blog.

[2] There were some islands closer to Charleston that didn’t fall until the end of the war, which is the route I chose to go for the fictional Santarella.

[3] This was a fascinating “dress rehearsal” for Reconstruction.  It is beyond the scope of this article, but I encourage you to look up history on the Port Royal Experiment.

[4] With the exception of head-shaving, a historical choice which was discussed in “History Behind the Story #4: Violence Against Women in the Civil War.”